Time to Rock and Roll!

I was born and raised in New Jersey, and I still live in New Jersey.  I could be doing commercials for New Jersey.  I live 45 minutes from NYC, where I can see a Broadway show, an opera at the Met, or eat the best pizza on the PLANET.  I live 60 minutes from the Jersey Shore, where the beaches rival any beach in the world.  I live in the mountains, the Appalachian Trail runs through my town.  Where else in the world can you say that about a place? 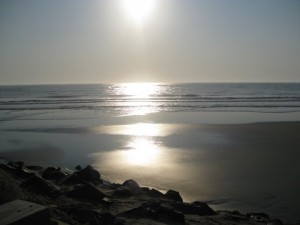 My beautiful world was devastated by Hurricane Sandy.  I can feel the devastation in my soul, I’m so integrally a part of this amazing state.  My beloved Jersey Shore was hit hard.  Last nights concert featured the Jersey Boys, Bruce Springsteen and Jon Bon Jovi, and lots of other amazing musicians that I grew up with.  And Roger Daltry!  Major crush.   If you missed it, you can donate here.

Where am I going with this?  What are YOU doing?  Do you think you’re too old for something?  Do you think that life is passing you by?  Get up and get moving my friend!  If Mick Jagger can move like Jagger, so can you.  Take that salsa class you’ve been wanting to take.  Spend some time on meetup.com and find some like-minded people, and join a group.  Think about Mick running around that stage last night when you hesitate before you do something, if he’s not too old to rock and roll, you’re not too old to start that business you’ve been thinking about.

What are YOUR Jagger moves?  I want to hear all about them!  Comment below and tell me.  Me?  I’ve got all kinds of surprises in store for you all in 2013.  Stay tuned!

Ah and for my college friends, check out Mick’s moves.  (I’m pretty sure we did it better.)  Shadoobie!